The anime adaptation of the romantic comedy manga “Horimiya” finally gets its release date in early 2021. It focuses on two students whose outside appearances are the complete opposite of who they really are. It will release on January 9, 2021, and will be produced by the animation studios Cloverworks, a subsidiary of Aniplex and spun-off studios of A-1 Pictures. It is the same studios that also produced The Promised Neverland, Fairy Tail, and Darling in the FranXX and will be directed by Masashi Ishihama, who is also known for directing “Persona 5 The Animation”. 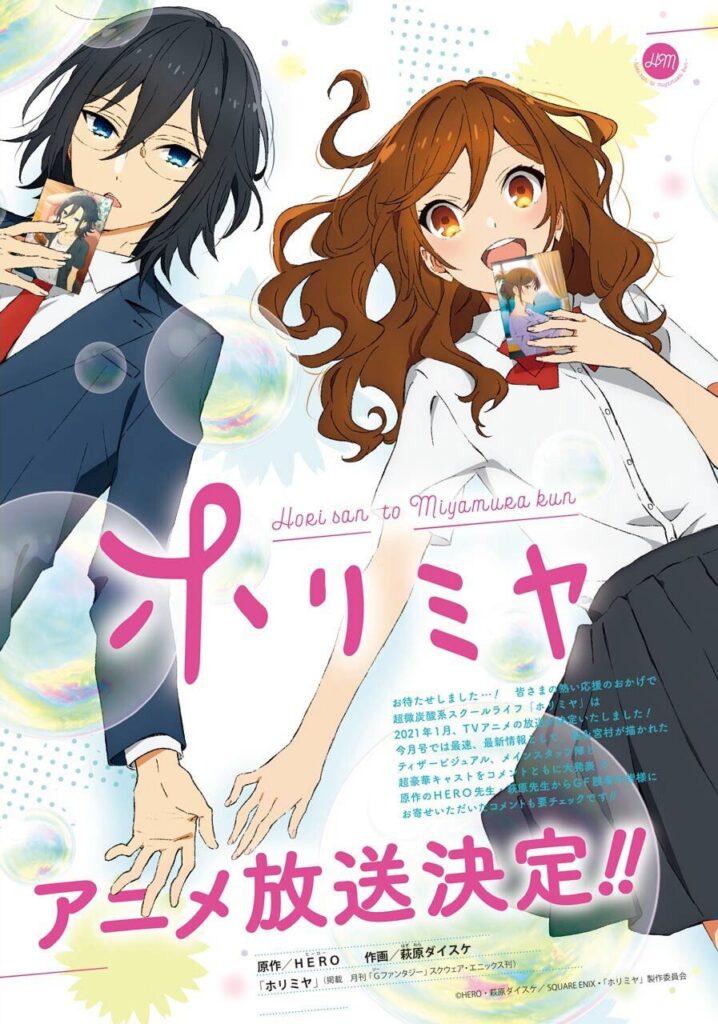 The anime will be based on the webcomic by HERO, which was first released as a four-panel webcomic on the website Dokkai When. Square Enix compiled the chapters in 10 volumes under Gangan Comics between October 28, 2011, and December 28, 2011. The manga was then illustrated and adapted by Daisuke Hagiwara. The manga was published on October 15, 2011, under Monthly G Fantasy, and it is still going strong as it’s publishing more. It also had an OVA of 4 episodes, which aired from September 26, 2012, to December 14, 2018.

The Horimiya anime staff includes Takao Yoshioka, who will do script/series composition, Haruko Iizuka, who will do the character design, and Masaru Yokoyama who will compose the music for the series.

Here’s the trailer below for the anime:

The plot of this anime focuses on two high school students Kyoko Hori and Izumi Miyamura. Hori, on the surface, seems like a popular and frivolous high school girl due to her friendliness and good grades, but inside the house, she dresses down, removes her makeup, and is more family-oriented and pragmatic, who takes care of her younger brother Souta. Miyamura seems to be an otaku fanboy on the surface, who wears glasses and seems to be really shy, but on the inside, he is actually a goth who has nine piercings, which are covered by his hair when in school. Both Hori and Miyamura work hard to maintain the image that they keep in the school to make sure no one finds out about their secret life. 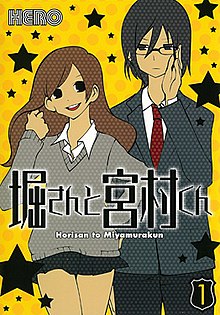 But something happens that causes them to cross paths, and it changes their lives. One day, when Souta returns home with a nosebleed, he gets helped by a goth with piercings and tattoos, who turns out to be Miyamura. He reveals himself to Hori. The two decide to help keep each other’s real persona a secret and protect it from getting exposed. However, as the series progresses, and these two try to keep up with trying to keep secrets from each other, they ended up going from friends to a real couple.

Also Read: WandaVison: Disney Plus Out With A 80’s Themed Poster