Want to know whether Elon Musk And Grimes’ Dating or not? Elon Musk and Grimes dated for a long while and have two children together. The pair recently took the whole world by surprise after they secretly welcomed their second child together. This came in as a surprise as the pair parted ways last year. However, Grimes has recently opened about about their equation while giving out some interesting details further. While promoting her upcoming project, she also spilled some interesting beans about her second child. Not to forget, Grimes said that she and Elon Musk are best friends.

She further explained that they just have their own thing going on, and she doesn’t expect other people to understand it as of yet. However, the pair have again called it quits as Grimes has taken to social media to confirm their split just a few days after the big baby announcement! While stating that they have again broken up, Grimes further called Elon her best friend and the love of her life. Let us take a look at all the details and lesser-known facts about Elon Musk And Grimes’ Dating.

Here’s All About Elon Musk And Grimes’ Dating Timeline

April 2018: Like a perfect modern-age love story, the pair met on Twitter as they have a shared interest in tech humor and more. As a source further stated, as the tech billionaire was researching the idea of joking about Rococo Basilisk, he made a shocking discovery that Grimes had already made a smiling joke, and that’s when Elon reaches out to her. As the Twitter post played Cupid, the singer admitted that it was the first time in three years that anyone understood the joke!

May 2018: While the joke was surely the ice-breaker, the pair were already dating but kept it away from the media limelight. However, without wasting much time, the pair soon made their public debut on the 2018 Met Gala red carpet. Not to forget, Elon Musk made a joke about Rococo on Twitter. In July 2018, Grimes accompanied her beau in the Space X Hyperloop Pod Competition. 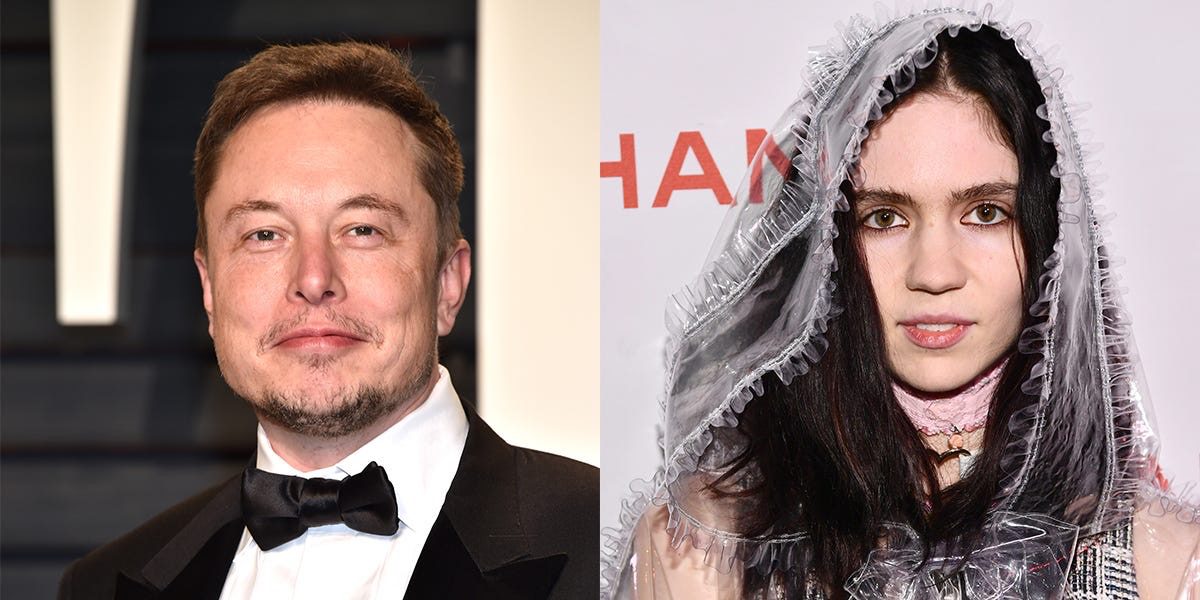 Also Read: Who Is Dani Dyer Dating? Her Footballer Boyfriend and Dating History

August 2018: The two had a small fallout as fans noticed that the pair have unfollowed each other on social media. However, they were back soon as Elon re-followed Grimes! Grimes later admitted that the intense media scrutiny was uncalled for, and she was not quite prepared for it. Despite a few roadblocks, the pair were going storm while reaching a new milestone ahead as they welcomed their first child together. However, take a look at this shocking new tweet posted by Grimes.

Me and E have broken up *again* since the writing of this article haha, but he’s my best friend and the love of my life, and my life and art are forever dedicated to The Mission now, I think Devin wrote that part of the story rly well. Sique – peace out

September 2021: After a whirlwind romance and a few fallouts here and there, the couple officially called it quits in 2021. While addressing the split, the tech genius revealed that he and Grimes were semi-separate but still love each other and see each other frequently while co-parenting their boy. He further assured fans that the bother are on great terms. Elon also has an update stating that they are on cordial terms while looking out for what’s best for their kids. March 2022: The pair came with a shocking announcement as they reportedly have welcomed another child! Grimes further said that while she would call Elon her boyfriend, there is no real word for what they have, while further calling it fluid. The pair earlier admitted that they want 3-4 children. However, the question that the pair currently shares remains under wraps. However, Grimes posted a tweet confirming that they have broken up, AGAIN! While the artist penned down a split note while talking about it all, we wonder what Elon Musk has to say about this.